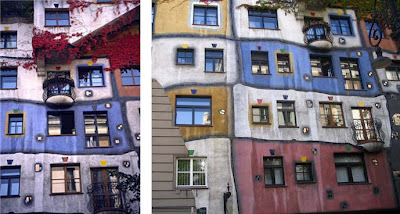 Hundertwasser’s House is an apartment house in Vienna, Austria . This was designed by Austrian artist Friedensreich Hundertwasser and was built between 1983 and 1986. Its an unususal house with complete asymmetry, undulating floor, with grasses on roof and many large trees inside the room and branches coming out of windows. Within the house there are 52 apartments, four offices, 16 private terraces and three communal terraces, and a total of 250 trees and bushes. This is the most popular tourist spot of the city.
2. The Upside-Down House 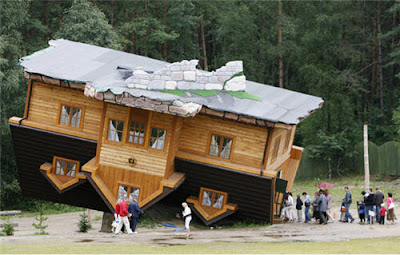 The Upside-Down House was created by Daniel Czapiewski in the village of Szymbark, northern Poland, on July 31, 2007. It represents not merely a bizarre tourist attraction, but is also meant to be a profound statement about the Communist era. It took 114 days to build the house, because the workers were disorientated by the strange angles of the walls.
3. Toilet-Shaped House 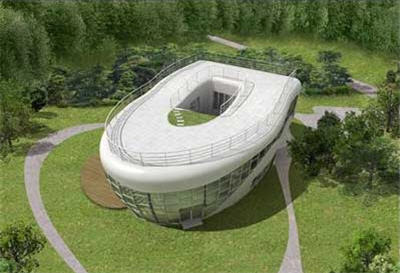 This Toilet-Shaped House south was built by the founding member of the World Toilet Association. The house features four deluxe toilets and is dedicated to providing clean sanitation to the more than 2 billion people who live without toilets. The home has a showcase bathroom placed in its centre. Other toilets have features that range from elegant fittings to the latest in water conservation devices. The house bears the named Haewoojae, which stands for Korean “a place of sanctuary where one can solve one’s worries”.
4. House on Stick 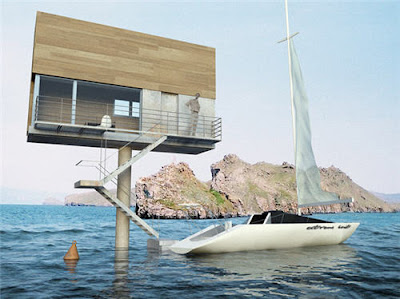 The design of the House on the Stick was inspired by highway billboards . The house is rather small. It is only 27 square meters (290 square feet) and as such it is not intended to be a family residence. It is designed as an object suitable for almost every place on earth, for instance, forests, seas, lakes, mountains, meadows as well as on the main city street.
5. The Bubble House

Bubble House was constructed on Pierre Cardin’s demand. The project was being built by an architect named Antti Lovag for an industrialist with whom Lovag had become friends while building a previous house. The house was intended to demonstrate the possibility of short-circuiting traditional architecture in the name of original, contemporary design.
6. The Broken Column House The Broken Column House is so named because it takes the form of a ruined classical column. The house was created by the aristocrat François Nicolas Henri Racine de Monville who made it his main residence during the years immediately before the French Revolution.
7. The Glass House 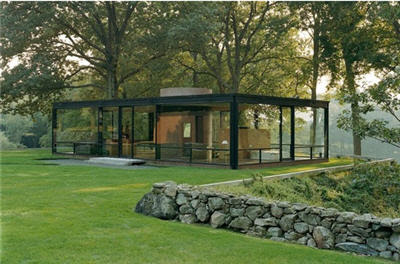 The Glass House is one of the world’s most beautiful and yet least functional homes. The house is symmetrical and sits solidly on the ground. The quarter-inch thick glass walls are supported by black steel pillars. The interior space is divided by low walnut cabinets and a brick cylinder that contains the bathroom. The cylinder and the brick floors are a polished purple hue. Philip Johnson says that when people come into his house they just shut up and look around. The Glass House is now open to the public, with tours booked many months in advance.
Source: MyWiki
If you are an PMP aspirant, you may like to check P M P L O G

1 thought on “Seven weirdest houses of the world”