Featured here are some famous pictures related to Indian Cricket. These pictures will surely evoke some emotions to the cricket loving  people in India. 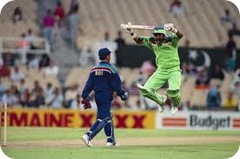 1. Miandad doing acrobatics in 1992 world cup. Pakistan eventually lost this to India. He was bowled by Srinath in this match. 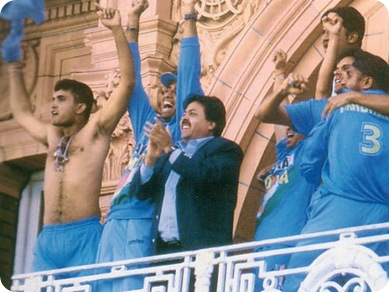 2. Sourav Ganguly celebrating at Lords after India defeated England in NatWest final. Andres Flintoff took off his shirt in Mumbai and many still think that Ganguly was returning the favour. 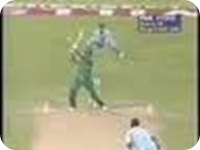 3. Aamir Khan losing his wicket after pakistan was making good progress while chasing India’s 289. There were few words exchanged and Prasad also did the talking not only with the ball, but through his lips as well. M J Akbar put it aptly that Aamir lost his temper, lost his wicket and lost his match as well. Yes, he was captain in that match. This match also was jadeja’s exploits with the bat. Sachin made 31 and Sidhu was named man of the match for his 94.