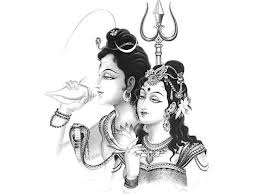 During the churning of ocean, a pot of poison (halahal) came out of the ocean. This had the potential to destruct the whole universe. Lord Vishnu advised gods to request Lord Shiva to consume the poison.
To save the mankind, Lord Shiva drank the poison after requested by gods. Goddess Parvati pressed her neck to prevent the poison reaching to stomach. Thus, the poison remained in the neck and his neck became blue. Thus the name Neelkanth. In an effort to keep Lord Shiva awake at the night,gods danced and played music. As the day broke out, Lord Shiva, pleased with their devotion blessed them all. Mahashivaratri is the celebration of this event by which Shiva saved the world.

Enjoy other stories on Mahashivaratri below.

The festival of Mahashivaratri