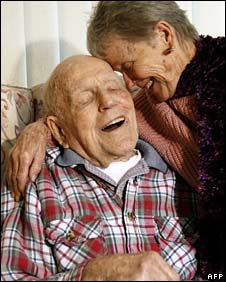 The last surviving British veteran is Claude Choules, 108, who lives in Australia. The former seaman is also the last veteran to have served in both world wars. In an interview with The Australian newspaper he shrugged off his achievement, saying: “Everything comes to those who wait and wait.”Born in Worcestershire, he tried to enlist in the Army to join his elder brothers who were fighting, but was told he was too young. But aged just 14, he became a Royal Navy rating, joining battleship HMS Revenge on which he saw action in the North Sea aged 17. He witnessed the surrender of the German fleet in the Firth of Forth in November 1918, then the scuttling of the fleet at Scapa Flow. He transferred to the Royal Australian Navy in 1926 and remained in service for 30 years. During WWII he was chief demolition officer for the western half of Australia. It would have been his responsibility to blow up the
key strategic harbour of Fremantle, near Perth, if Japan had invaded.
JACK BABCOCK 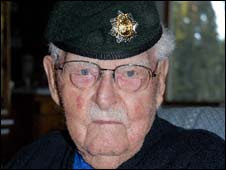 Jack Babcock, 109, is Canada’s only surviving veteran of WWI, but he never saw action. In an interview with the Canadian Army website he said: “I don’t consider myself to be a veteran, because I never got to fight.”In February 1916 at the age of 15, he signed up and the medical examiner recorded his “apparent age” as 18, which meant he was allowed to train. Despite being under the legal age to fight, which was 19, he persisted in his attempts to get to the front line. He lied about his age again, and sailed to Britain with the Royal Canadian Regiment. There, conscripts under the legal age of 19 formed the Young Soldiers’ Battalion to train until they were eligible to fight. But he never saw action as the Armistice was signed six months before he reached his 19th birthday.He moved to the United States in the 1920s, serving in the United States Army between 1921 and 1924, before becoming an electrician. He now lives in Spokane, Washington.
FRANK BUCKLES 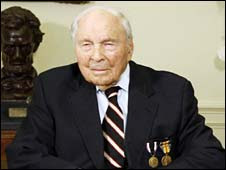 Frank Buckles, 108, is the last remaining member of the American army who served in WWI. He was 16 when he lied about his age and signed up, serving as an ambulance driver in the UK and France. After the Armistice, he worked for a prisoner-of-war escort company, returning prisoners back to Germany. He was in Manila, the Philippines, working for a shipping company when Japan took over the islands during WWII. He became a prisoner of war himself and was held for
over three years. He now lives in Charlestown, West Virginia, and in 2008 met President George Bush at the White House as part of a ceremony to honour WWI veterans. The last French veteran of WWI, Lazare Ponticelli, died in 2008 and was buried with full military honours. The man believed to have been Germany’s last WWI veteran, Erich Kaestner, died the same year. Verification of the claim was difficult as the country keeps no record of its war veterans.
If you are an PMP aspirant, you may like to check P M P L O G